Admiral Chester W. Nimitz & The Art of Strategic Leadership America had a lot to lose— 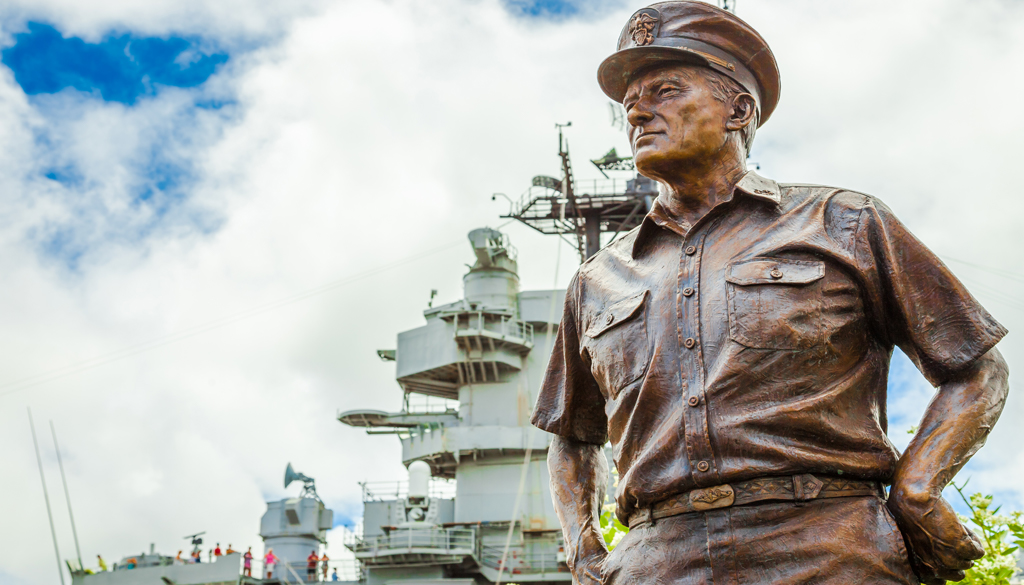 As a successful leader, you’ve been in tight squeezes before. Maybe you’ve been part of a faltering company or department. Resources are drying up. Morale is low. Some finger pointing. Accountability is lacking. You are being over-whelmed by the competition. Your options are limited. You feel the weight of the world on your shoulders.

Don’t despair, in 1941, your predecessor, Admiral Chester Nimitz was in that position and quite frankly did have the weight of the world on his shoulders. He arrived at Pearl Harbor in December 1941 to take command of the Pacific Fleet. Before him was practically the entire US Navy fleet either sunk or severely damaged. His forces were surrounded by the Imperial Japanese fleet. The support staff he inherited felt defeated. The enemy was at the door. The American people were depending on him to hold back Imperial Japan and protect U.S. and Allied interests across the Pacific.

Over the next 6 months, Admiral Nimitz and his brave and crippled US Fleet would turn the tide of battle. He deftly positioned his meager resources to stop the hemorrhaging, then took calculated risks to cut off the forward movement of the enemy. By June 1942 he was prepared to take the biggest risk by committing his prime naval assets to defend Midway Island, located 1500 miles northwest of Hawaii.

America had a lot to lose—corporate America has a lot to gain from reviewing the strategic leadership lessons leading up to the Battle of Midway. Join us on the Battleship North Carolina, one of the prime participants in the strategy that ultimately swept across the Pacific and learn about the environment that can help you sustain a culture of excellence.

"Leadership consists of picking good men and helping them do their best."

Ron Hewett, Captain, U.S. Navy (Retired) is a graduate of the United States Naval Academy. He enjoys sharing his experiences over a life time of challenges as a naval officer, educator, maritime ports executive and corporate leadership consultant with leaders at all levels who want to improve their prospects for success and lead their organizations more effectively.

Fill out my online form.